It’s also fun finding new recipes and cooking with ingredients I never have before. Like jackfruit. This magical fruit can replace pork or chicken in so many recipes. We find it in the canned veggies section of the grocery store. The first time I cooked it, I made barbecue sandwiches which turned out pretty good, though I’ll admit, the texture was a little too soft for my preference (kind of like an especially fatty portion of pulled pork). 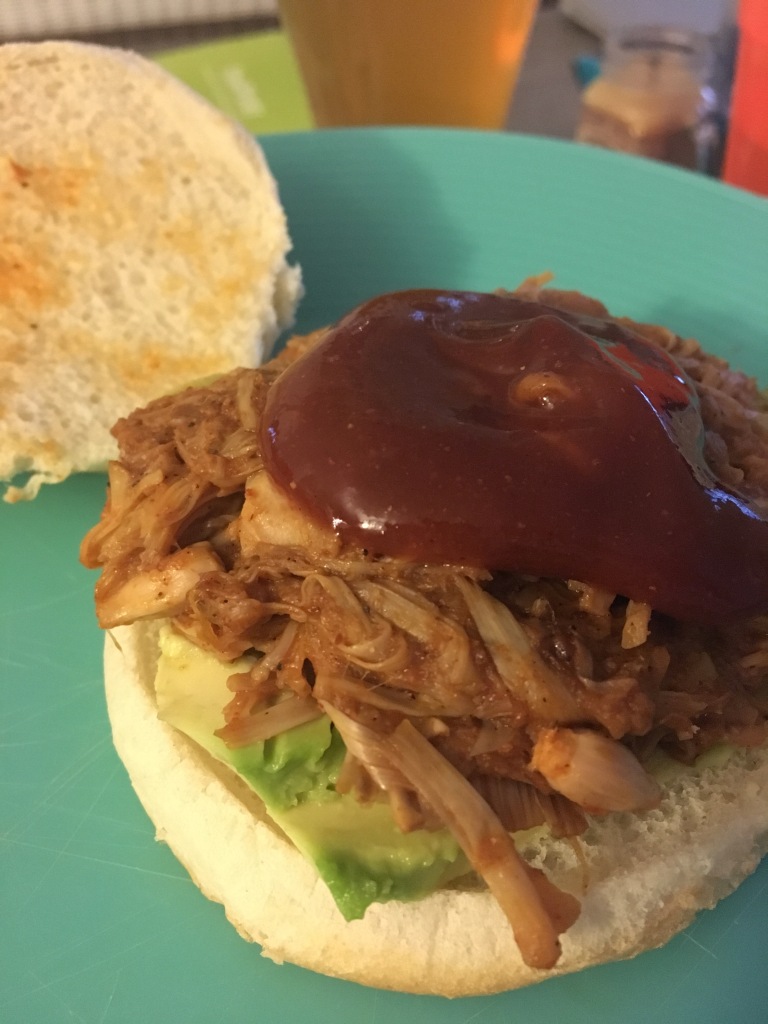 This week, my husband had the idea to try jackfruit enchiladas. I’d already found a recipe for jackfruit “crab” cakes (which I do still want to try) but enchiladas are one of my favorite dishes ever, so obviously that’s what we made.

The recipe I based my enchiladas on came from Well Vegan, but since we aren’t actually vegan, I included a few heaping handfuls of real cheese and topped those babies off with a dollop of sour cream. We also used what we had on hand rather than running to the store for specific ingredients, but it still turned out really well.

This meal is pretty fantastic for any time you’re trying to incorporate a meatless dinner into your routine. It’s easy and delicious, and reheats pretty well the next day, too!

Now, because we used flour tortillas instead of corn (and possibly because I really smothered them in cheese), our enchiladas were pretty soft — more like a smothered burrito. Still delicious, just not the texture I’m used to with enchiladas. They were still amazing!